The Full Throttle Endurance coaching staff is comprised of highly accomplished triathletes that are experts in their sport. No matter what you’re looking to achieve, our coaches are here to help you reach your goals. Check out the bios below to learn more. 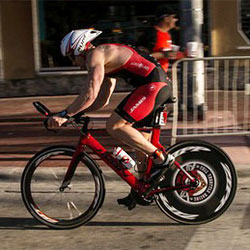 Scott Berlinger is the Founder, President and Head Coach of Full Throttle Endurance.

He graduated from the University of South Carolina in 1988 with a B.S. Marketing/ Finance.

Scott is a USA Triathlon Level 2 Certified Coach, USA Cycling Coach and NASM certified. As an age-grouper Scott has been on the podium many times, including being awarded USA Triathlon All American.

A former American Gladiator, "Viper,” his love for competition and training inspired him to start his own racing team in 2003, a place where athletes can realize their own goals and reach their highest potential. 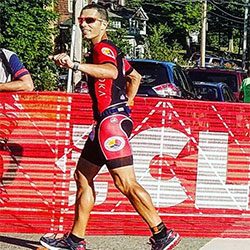 Andrew Kalley is a native New Yorker, born and raised! Active and athletic his whole life, he has a competitive background in ice hockey, volleyball, and wrestling.

Andrew Kalley is a motivator who creates an environment for his athletes to grow and transform. Triathlon became a passion when he joined Full Throttle in 2005. He has spent the last 12 years coaching athletes of all abilities - from beginners to elites - and for every distance - from sprint races to full Ironman. A dozen athletes have qualified for the World Championships under Andrew’s guidance. He has also been a Personal Trainer for 15 years, and firmly believes in strength training for weight loss or gain, injury prevention, and to build power while endurance racing. Andrew is fully dedicated to the success of his athletes, and encourages them to make healthy choices in training, nutrition, and racing so that they can put their best selves forward at the starting line.

Andrew is also an elite endurance athlete. Some of his athletic highlights include: 7x member of Team USA for the ITU World Championship; 12 overall victories including the NYC Triathlon, South Beach Triathlon, and Montauk Mighty Man; Race Across America finisher and overall fastest team to cycle across the country; and a 4:36 at the Fifth Avenue Mile. 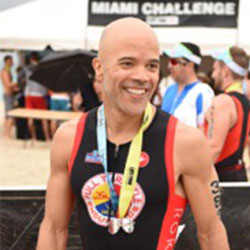 Ray joined the Full Throttle coaching staff in 2016 transitioning from a career in fashion to explore and share his passion for endurance training and racing. His initial focus was on the running program, where he assisted Scott Berlinger and Andrew Kalley. In July, Ray started as a group coach, coaching a three-day program.  Ray is a USAT Level I certified coach.

Ray joined Full Throttle as an athlete in its second season and competed on the team from 2003 through 2010. During that period he raced in short and long course events, including Ironman.  In addition to triathlon racing, Ray has significant road racing experience, including 8 marathons with a personal best of 2:49 at the Boston Marathon. After the 2010 season, Ray took a break from competition to focus on his career.  In 2015 he returned to Full Throttle with a renewed passion for training, racing and coaching.  In his first season back in the sport, Ray was ranked an All American by USAT. 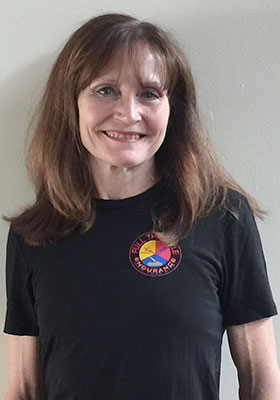 Ann Marie is a 4-time UCI World Masters Road Cycling champion and a 12-time USA Cycling National Masters Road Cycling Champion, just to name a few of her athletic accomplishments. She is in charge of Physiological Testing at Chelsea Piers Fitness which includes conducting Resting Metabolic Rate assessments, Lactate Threshold and VO2 Max Testing. She finds that biking is a great way to explore new places, and enjoys bike trips and races in exotic places. Some of her favorite venues include the 2013 UCI Masters' World Road Cycling Championships in Trento, Italy, the Green Mountain Stage Race in Waitsfield, VT, and cycling around Puglia, Italy with the Full Throttle Endurance team.

She understands the challenge of recovering from serious injuries; after breaking her pelvis in May 2013, she recovered and went on to win the UCI World Masters' Championship in both the Time Trial and Road Race less than 5 months later.

Ann Marie believes in setting fitness goals, following a well-planned training program and keeping a positive attitude. "Trust the process; you may not see results instantly, but if you are consistent, and visualize what you want to achieve, you will make progress."